Perhaps you've even been the one to do it—and, let's be honest, it can have its merits. On the occasions when you need to catch a train or you're simply overcome by the desire to take off your shoes and sit on your couch in your underpants, fleeing without having to make the rounds can feel like a little gift you give yourself (even if it seems rude and strange to those you left behind).
Instead of the social scene, I'd like to focus on those disorienting work times when you've sent an email and gotten a bounce back that made you scratch your head and ask, "Wait, what happened to Dave in Marketing?"
When a coworker suddenly disappears, you can't help but wonder: Was this their decision or were they terminated?
Back in 2015-2016, my husband, Rich, worked for a PR firm. Every month or so he'd tell me that another colleague left without saying goodbye. Because it was a relatively small place where most people knew each other, it struck him as odd that these officemates hadn't given two weeks' notice or even offered a simple, "Maybe our paths will cross again..." on their way out.
He'd receive a message from HR (back when it was called HR and not one of these bonkers newfangled terms like "the People Advisory Team" or "Human Capital Management") stating that So-and-So is leaving and please wish them well in their next chapter.
The first few times Rich got one of those messages, he'd walked to the desk of the person departing to deliver his good wishes face to face. When he arrived at the cubicle, he'd find it empty. Gone were any traces of that employee. Often even the chair had been taken. All that remained were dust bunnies lingering in the corners where family and pet photos once proudly stood.
Fast forward to April 2016, Rich received an invitation to a meeting. When he sat down in the windowless office, he was told he was no longer needed at the firm and quickly ushered out a side door. While he was getting the bad news, an HR underling had been sweeping the contents of his desk into a box, which was handed to him in a stairwell.
He came home feeling terrible, not just about the layoff but the way he'd been led away like a criminal.
"If you've been stealing ink cartridges to sell on a Facebook marketplace or napping at your desk, you can just tell me," I said after a few hours had passed and the initial shock had not worn off.
"I could see why you'd ask that," he'd said, shaking his head, "but no."
He'd known that the firm had been losing clients and trying to cut costs, but what he hadn't realized was that all those employees who'd suddenly vanished had been terminated in the same manner. Only when he connected with them on LinkedIn after his layoff, did he learn they'd suffered the same humiliating fate. At the time, he regretted not reaching out to them earlier. He'd believed they left for bigger and better jobs and possibly wanted to put that tiny, failing PR firm in their rearview.
My recent layoff got me thinking about the way companies handle reporting a termination to the remaining team members.
After I was let go, I had no idea how my boss relayed the news to my former teammates, but within hours I received a flurry of messages via LinkedIn. Most were some variation of, "OMG, I'm shocked. I hope you are okay," "I just heard! I can't believe you left!" and "I really enjoyed working with you and I'll miss you!"
Initially, I was touched by these thoughtful sentiments, but as I re-read them, I thought, "Wait a minute, am I considered a 'deserter' — someone who abandoned her post without notice or a proper goodbye? What had they been told?"
It irked me. So after "having a think," as my boss had been so fond of saying, I responded, writing, "Thank you so much for reaching out. I really enjoyed working with you, too. While this wasn't my decision, I look forward to whatever comes next and hope we can stay in touch."
Our paths may never cross again, still, I wanted them to know I wasn't the kind of person who bailed on a position and didn't even say goodbye.
I also wanted to let them know I appreciated the courage it took to reach out—something I'd never done despite witnessing countless colleagues dismissed over the years. In the past, I'd thought about contacting those coworkers who were laid off, but the awkwardness of it always held me back. What if the person was devastated as I'd been when I lost my job  in 2014? (Not everyone opens their severance agreement as says, "Phew!" the way I did on Feb. 1.)
In those roles where I'd survived rounds of eliminations, I didn't reach out because I had the corporate equivalent of survivor's guilt. You're gone; I'm still here...um... (not that that excuses it).
Sometimes I'd tell myself I'd reach out in a day or two when the dust settled. But then I'd talk myself out of it. I never wanted that person to feel as if I were pitying them or prying for information.
I regret not reaching out now. I allowed the potential for my own minimal discomfort to prevent me from extending a simple, "I wish you the best."
While I don't miss the work, my teammates were lovely people whose kind words meant a lot to me—people who taught me something even after we no longer worked together—people I would've gladly said goodbye to properly if given the chance.

Rose said…
Liz, I had no idea that this is how employees were dismissed. seems kind of cruel and alienating for both the fired and the survivor. And not very motivating for "corporate culture." No wonder there's more and more animosity in these work environments!

That said, I could see a corporate mystery novel in the works. What happened to those employees, where did corporate hide them, or how much were they paid to keep quiet? Queueing the Jaws soundtrack. 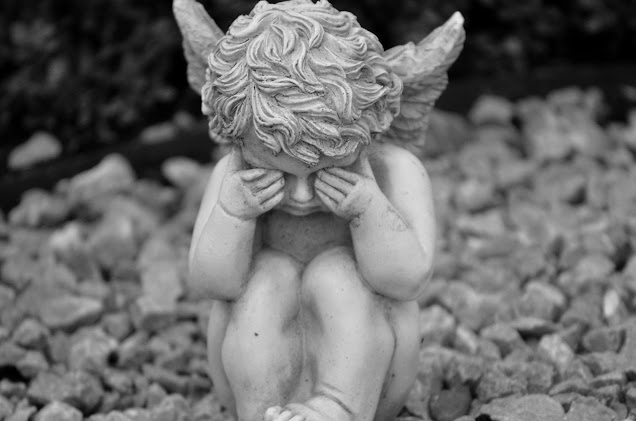