Remember when I attended that writing conference in Italy in 2018? (I know, I barely do either. Sometimes I think about Paul Simon's "America" and hum, "Recanati seems like a dream to me now..." Not quite the same ring as Michigan, but the same sentiment. You get it.)

But I have an exciting update that's a direct result of attending so I wanted to share.

I started out in Rome, wandering through piazzas, admiring breathtaking architecture at every turn, getting lost despite having a map, courtesy of my hop-on, hop-off bus tour, sampling eggplant Parmesan ...

... nursing my minimal jet-lag with coffee and tiramisu.... 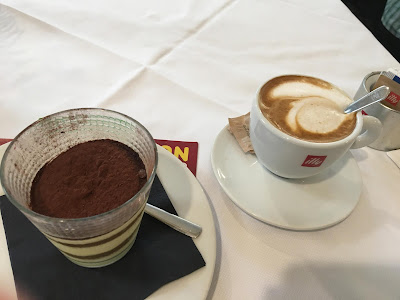 The following day, my fellow attendees and I met and divided into small groups for the drive from Rome to Recanti. I rode with two poets who already knew one another. One had published a memoir and the other was performing at The Edinburgh Festival Fringe.
They could not have been more interesting and inclusive, often pausing the conversation to offer me sidebars about the poets they were discussing so I wouldn't feel left out.
Despite their kindness, by the time we arrived in the small village where we'd stay and workshop our pieces for the next five days, I'd traveled beyond Imposter Syndrome and landed at Full-Blown Fraud.
I hadn't felt that out of place since my mom signed me up for a co-ed basketball camp in 1985. I spent much of that loathsome week hiding under bleachers with my hands in my pockets. I'd rather have licked the bottom of a high-top than attempt a lay-up in front of 40 of my peers.
Anyway... I waited in line to check in to a hotel 4,300 miles from home,  experiencing that same "I gotta get out of here" panic, when a stunning young woman crossed the lobby and introduced herself.
When I told her my name, she said, "You wrote the YA thriller!"
I nodded and waited. Would she burst out laughing and say that those first 50 pages I shared were the most confusing thing she'd read since she'd skimmed the instructions that accompanied IKEA's
BJÖRKSNÄS
nightstand?
Instead, she gushed, "I need to know what happens next!"
Her words and her warm smile reminded why I was there. I wanted to know what happened next too. 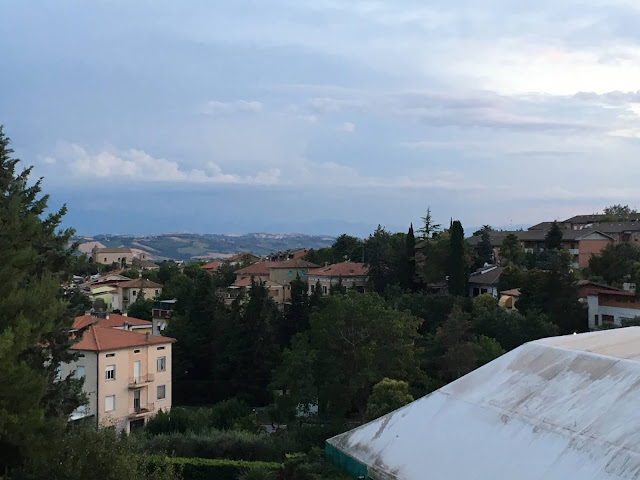 During the week, we discussed each other's writing and learned more about craft. We took a side trip to Sirolo, and no offense to the Jersey Shore, but wow! 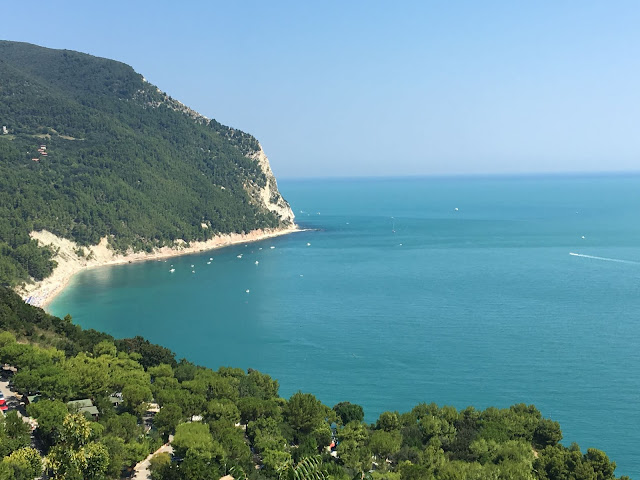 I received a lot of feedback that helped me shift the opening and conceptualize the rest of the story I wanted to write. I began reworking it on the flight home. (And let me tell you, it took all my willpower not to ask the teen girl next to me if she'd read a bit and be brutally honest, as in, "Am I wasting my time here, kid?")
In the interest of brevity, I'll fast forward through the maddening self-doubt and the copious rejections and get to the good part: I received an offer from a publisher and signed a contract in the fall and that book, He'll Be Waiting, which seems so long in the making, will be released April 6.
I've been toying around with Goodreads and created a Giveaway (in case you're inclined).

See the giveaway details at Goodreads.

Enter Giveaway
I'm excited to see where this next adventure takes me (until the 1-star reviews start trickling in...).
When I started this blog, my husband and I had lost our jobs and it seemed like doors were closing all around us.

I'd like to believe they're starting to open again, and I hope they are for you as well. 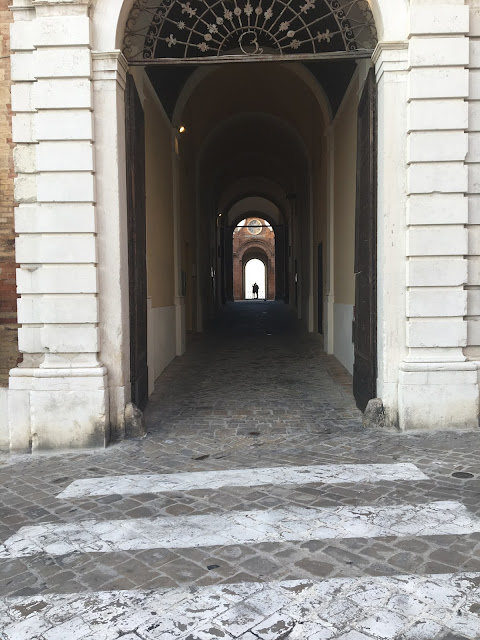 (It's hard to take a bad pic in Italy, and yet these do seem to be crooked, don't they?)
Ciao!
Subscribe to On the Balls of Our A$$ets

MtotheJL said…
This post was wonderful to read and view..."He'll Be Waiting" has been ordered, and I can't wait for April 6! Congratulations.