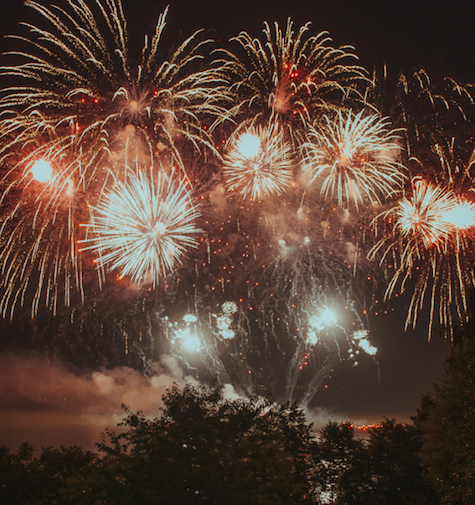 Photo by Zuza Gałczyńska on Unsplash
In what can only be described as a holiday miracle, my husband got a job. He started last Monday, and while it's significantly cut into his napping schedule, so far, so good.
During his seven-month search, we once again benefited from thoughtful friends who regularly checked in and offered to put him in touch with connections who were hiring, which is ultimately how he landed this role.
I joked with one of my freelance colleagues, who also sent generously took the time to send links to openings he spotted while skimming Facebook, "Let's hope he can ride this out until retirement!" (Cue the maniacal laughter: Who am I kidding? After all of our layoffs, we will be working until we draw our last breaths.)
While I'm thrilled he found something, getting to this point was no easy feat. He had multiple phone and video interviews, which included the always-odd, "What's your personal theme song?"
When he told me, I was certain he was joking. How!? How is this relevant? What does your choosing a dirge by, say, Morrissey versus a rap by Flavor Flav tell the hiring manager about your ability to compile a compelling and cohesive newsletter?
I'll never understand it.
What was his answer, you ask? The same one he wanted to use six-plus years ago! A Johnny Cash song—not an upbeat one like "Get Rhythm" or "Ring of Fire." Nope.
Once again, he decided to go with "The Man in Black," which, as I told him in 2014, feels more suited to someone applying for social work or prison warden positions.
He told me after the fact, of course, so picture my head exploding as I wondered if we'd be eating cat food for Christmas dinner.

Following those interviews, he was given a writing and editing test. He felt those went well, and I thought, "Okay, maybe this is it?"
Not so fast! There were still more hurdles to clear! He needed to actually spend two days doing part of the job.
Now I'm all for gaining experience, and this did seem like a way for him to test them out too. Yet at the same time, it irked me. When I complained to my mother, she reminded me of the days she was applying for full-time work after my father was downsized.
"The questions they asked me! The nerve!" she laughed. "I wanted to say to them, 'I think you're confused. I'm here for the administrative assistant position; I'm not applying for the CEO's job.'"
It also got under my skin because after I wrote about dropping out of an interview process, several readers reached out to share their recent experiences. They, too, felt as if they were being taken advantage of by being asked to do an unreasonable amount of work with little to no compensation in order to remain in the running for a job.
It got me thinking: How much time and energy is appropriate to devote to a sample assignment? In the current climate—especially if you're between jobs—it can seem as if your hands are tied. It can also make you wonder if employers, sensing the desperation of candidates, aren't using this as an opportunity to get something for nothing.
I decided to ask Stacey Berk, managing consultant at Expanding HR, who's been a wonderful resource for me, what's a reasonable amount of time employers can expect candidates to devote to an assessment?
"During the interview process, candidates might be asked to complete either a formal (originated or purchased from an outside company, which has been validated; such as a job simulation, sales, custom culture test, coding or software, an administrative/typing, and cognitive or personality indicator tests) or informal assessment (internal to the company, unvalidated; common examples include an essay, a mock case study or experiment, a sample press release, etc.)," she explained.  "In the current environment, candidates can expect to complete the formal ones within a 1-2 hour window. Some are video assisted and timed. Informal assessments might be overnight or two days, the employer usually has some flexibility."
Test assignments aren't all bad in that they give you a sense of what you'd likely encounter should you get the job.
If you're comfortable with the work, great. If not, better to know now rather than find yourself in the position, miserable, and longing for a return to unemployment (and the days when you were wondering just how many cans of cat food will satisfy a family of five).
But the take-home test shouldn't be so time-consuming that it makes you feel as if you're already doing the job for free, which led to my next question: When is it fair to request/expect payment for a trial assignment?
"Companies should pay for all fees associated with formal assessments, usually purchased in advance and web based," she said. "On other occasions, if the assignment is part of an accepted industry norm, it's important for the job seeker to understand any obligations ahead of time, and I strongly encouraged candidates to ask the recruiter or hiring manager."
Stacey added that generally, if the organization is not paying for the assessments, that is a potential red flag, as these assessments are for the company to help filter out unqualified candidates.
It's perfectly acceptable to say something like, "Due to time constraints and other commitments, I can't accept unpaid assignments at the moment. I can, however, send you samples of my work which closely align with the test assessment."
This may inspire the employer to offer payment or a shorter assignment. They might accept your work sample, which saves you time and effort. Or, they may tell you they're moving ahead with other candidates, which   can make you wonder just how interested they were in the first place.
When it comes to test assignments, weigh the pros and cons, and try—even in these difficult times—to remember your worth.
Thanks for reading and hope you are well.

SrisLawyers said…
Nice article, I got more useful information from your side. Keep share.
virginia reckless driving law
conducción temeraria virginia bien
how to get a divorce in virginia