Why I'll Take This Job No Matter What

I made a decision this morning - even if the job I'm interviewing for today turns out to be for the position of office shoe-shine girl, I'm taking it. (Phil, the recruiter, was a bit vague on what exactly I might be doing there, but have I mentioned we're desperate?)

Maybe it was a weekend filled with continuous, machine-gun-like blasts of coughing from my three children that helped me see that it's imperative I leave the house for the sake of my sanity. Or perhaps it's the fact that the longer I'm home, the more my living room couch has become like quicksand, sucking me into a paralytic stupor. But most likely it was the recently-released and incredibly depressing Princeton study, quoted far and wide, revealing that a mere 1 in 10 people who have been unemployed for six months or longer are hired annually. If that's the case, I have about three months before I have better odds of making my fortune at a dog track than of finding gainful employment.

While I don't know what to expect going into this, I am looking forward to a peaceful train ride, though with my luck my fellow passengers will probably be battling whooping cough. One thing that makes me nervous is that Phil said if they should offer it to me, I have to be ready to make a decision quickly - not my strong suit. Three years later, I'm still wondering if I should've gotten my Kitchen Aid mixer in cobalt.

Because we've been watching a lot of "Shark Tank," I imagine Phil saying, "Listen, you went in there wanting an offer and they made you one. Now you're hesitating. Guess what, you just lost dental coverage. I'd make a move now before they take away the 401(k) match." Yikes.

Offer or no offer, it's a great opportunity to hone my interview skills and pull myself together as, thanks to this endless winter, my personal grooming habits have escalated to Code Sasquatch levels. 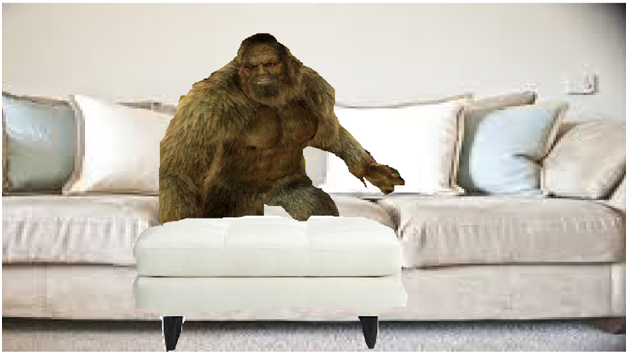