The recruiter and I have connected. Going into our 1 p.m. call yesterday, I still had reservations. First, his name is "Phil" - is anyone under 50 still named Phil? (Since I started watching "The Americans" last week, I'm convinced everyone is a spy with the fighting skills of an Olympic Judo champion, thus making it hard for me to remain open minded. And, wait a second, one of the show's main characters is named Philip! Coincidence? I think not.)

He sounded pleasant enough and he had the just the right amount of enthusiasm in his voice to make the whole thing seem perfectly plausible... until he used the phrase "tech startup." Throughout my career, my experience with writing and editing has been basically filling in a template or CMS (Content Management System-again with the acronyms!) as the young folks call 'em, created by someone sitting in another part of the building where they kept all the smart people. My feelings about technological advancements parallel my sentiments about Thanksgiving dinners: I'm just grateful someone else wants to handle that whole business. For example, when I hear the word "app" my first thought is "potstickers!" rather than the downloading of something that might make my life easier.

So this guy contacting me out of the blue feels about as random as Lockheed Martin calling to offer me a job in aeronautics. But because, hey, it's not like I have much else going on, I figured I'd hear him out.

He explained that the company uses technology to assist journalists in "breaking news" faster and that they often hired people with backgrounds similar to mine.

"Do you do more writing or editing?" he asked and I squelched the urge to say, "What's the right answer? I'll tell you whatever you want to hear, just please help me get a paycheck and my self-respect back!"

He said the startup was looking to triple in size this year - a refreshing change from my last company, which evaporated before my eyes like an ice cube in the Las Vegas sun. I was definitely intrigued but when I asked him where they were located, there was a long pause, which in turn gave me pause. The whole thing sounded too good to be true. I'd sent out hundreds of resumes, garnering little interest, and now someone was delivering, as he put it, "an incredible opportunity," right to my inbox. How could I be sure this wasn't an elaborate hoax wherein I'm led to a meeting in a warehouse with a former college boyfriend who wants his Nirvana t-shirt back? 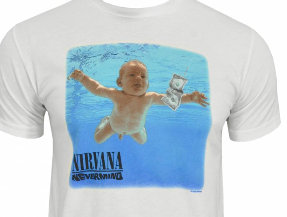 I could hear my mother's voice, "Stay out of the meatpacking district - especially at dusk!"

"Madison Avenue," he said, "Sorry, I've placed about 12 people there but for some reason I always blank on the address."

Madison Avenue. I immediately thought of Don Draper in his corner office arrayed in drink-cart-on-wheels splendor. I could do that.

But, again, when I offered to send him some writing samples there was another awkward pause. Now, I know it's nearly impossible to retain someone's undivided attention for more than 10 seconds today. How can I compete with the steady stream of updates revealing what Lady GaGa's wearing and how Alec Baldwin has most-recently offended New Yorkers? For all I knew he could be taking selfies with the office fern.

"Um, yeah, sure, if you want to," he said, causing me to wonder if he wasn't maybe one of my sixth grader's friends whom we'd inadvertently excluded from his recent bowling birthday party pranking me. "Send me your resume, I'll make the introduction and if they're interested, I'll be in touch."

Hours later, as I was preparing dinner, the phone rang. "Private Caller" winked at me from the ID window. Typically, when that happens it's U.S. Congressman Rodney Frelinghuysen leaving us a creepy, automated message reminding us how awesome he is. (As if we ever have a chance to forget, he seems to hit the redial button weekly.)

"They'd like to do an in-person interview," Phil said. "They move quickly so get all your questions ready."

As much as I don't want to be suspicious, I was raised with a grandmother who warned us that every time the doorbell rang gypsies were waiting on the other side. Even if they looked like girl scouts, they were most likely middle-aged dwarf charlatans who would distract us with their wily ways just long enough to allow their accomplices to run off with all our patio furniture.

So, I guess the question I'd like to start with is: am I going to end up packed in a bathtub of ice missing vital organs?

I mentioned all of this to a friend who suggested that if they want me to sit in the middle of a tarp for the interview, I should get up and run. Ditto if the new boss asks if I like Huey Lewis and the News.

But I've read everything I can about this company, including a write-up in TechCrunch, and it seems real... or at least as real as anything else on the Internet. Plus, if it is a trick, I sort of admire the character of someone who'd film a 10-minute video with a fake CEO just to delude me.

Throwing caution to the wind, I'm meeting them next week. Heck, why not? I already have an interview outfit.